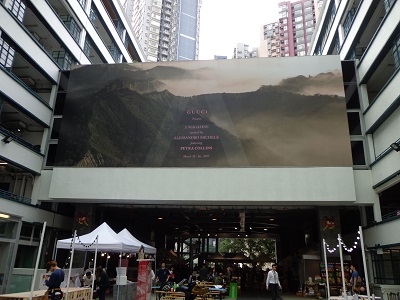 Gucci recently hosted an immersive art exhibition in partnership with A Magazine Curated By. Following the global release of the magazine in November 2016, the first of a trilogy of photography exhibitions was showcased at PMQ during Art Basel Hong Kong. Each exhibition showcased imagery from a different female photographer in each city, as the inaugural exhibition in Hong Kong showcased Petra Collin’s family portraits taken in Budapest, Hungary. At the Hong Kong show, the exhibition was spread across three large rooms. The mountains of Civita e Bagnoregio Italy – Michele’s favoured holiday spot – formed the backdrop in the first room. The Cabinet of Curiosities, showcased objects and images that appeared in the magazine issue, such as an embroidery of Michele using Gucci textiles and a range of historic textiles, polaroid photos and watercolours. The second room showcased Petra Collin’s series of portraits showcasing a day in the life of her Hungarian family, as her young cousins played dress up in Gucci and enjoyed the summer of their youth. The #BlindforLove Cinema was in the final room and was an immersive audio-visual experience. The wall projections featured a wrap-around video loop of various artists and pieces showcased in the exhibition.

The second stop of the tour saw Coco Capitan’s handwritings and Italian snapshots in Beijing, while the third stage hosted a portrait of Joshua Tree, California by Gia Coppolla. Those looking for a typical fashion exhibition would have been disappointed, but it was further testament to Alessandro Michele’s zeitgeist zeal and a powerful message of support for female photographers too. 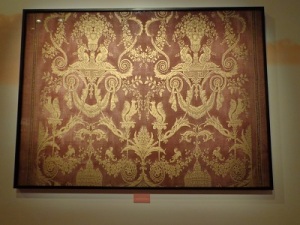 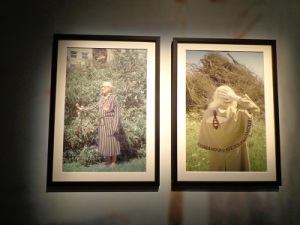 View all posts by chicstranger

This site uses Akismet to reduce spam. Learn how your comment data is processed.